Read an extract from our July interview with Calum Best.We sit down for a spot of lunch at the Fabulous Broadway in Fulham with Calum Best to discuss how the playboy became the business man… 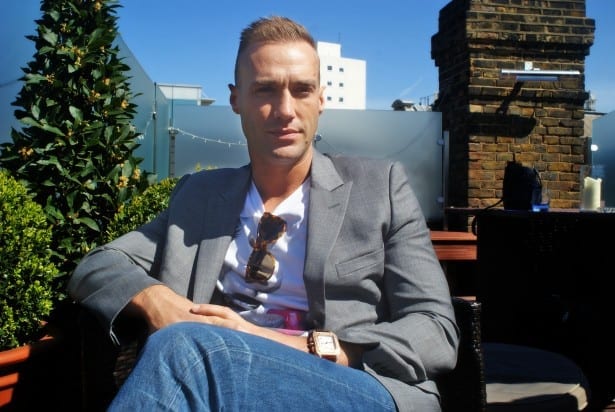 Let’s be honest. Your playboy reputation was legendary stuff to read. Are you really a changed man?

I lived the rock n roll lifestyle to its bloody peak! I had some absolutely amazing times, and the way I look at it is that I was fortunate enough to experience things many people will never be able to.

That being said, it doesn’t get you anywhere in the long run, and it can be an incredibly destructive path. Now I am older, I feel as though I have the ability to look back and accept that I have moved on from that stage in my life. Don’t get me wrong, I still like to have a good time, but it’s less selfish now, and more inclusive. I’ve got great people around me – perhaps I didn’t back then. I have consciously spent the last few years eating properly, exercising, sleeping and training so that I can be clear headed and focus on what I want to achieve. 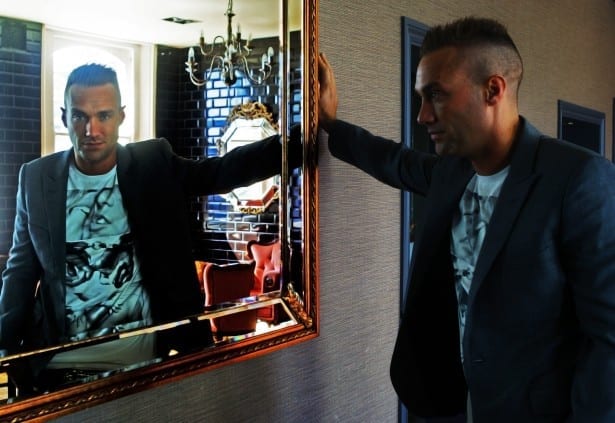 Some people know you as a TV personality but you have also done film work. Are there anymore in the pipeline?

I’m very lucky and blessed in many ways, as many opportunities have come my way but at the same time, I’ve gone out and hustled hard to create my recent projects which are really important to me. I filmed my first movie last year which was a comedy called ‘Psyche’ and on the back of that, I’ve been asked to do a new horror called ‘Talking to God’.

Acting was a passion of mine before I moved to the UK but when I moved to London I lost my path with all the clubbing and partying. This year I’ve decided to get back on television. I’ve had the benefit of working with some great broadcasters and channels such as BBC, MTV and ITV on a number of projects that will be out soon.

I have written a few scripts – one about my Father’s personal life story and another about mine that has just been commissioned. For me, it’s very heartfelt and raw. It will be a hard but good relatable story. I think that people are genuinely interested and I want to tell it as it is.

Your father was one of the best players to ever play football, what was it like to being the son of a United legend?

The truth is, I could go on for weeks talking about the highs and the lows, but I will say that I’m very proud and very happy everyone loved my dad and still hold him in such high regard.

He was a witty charming man, and he had amazing qualities, but I had to deal with a different situation to  everyone else. I had a Dad with a drinking problem and I was exposed to this dark side which wasn’t easy.

But as I’ve lost my dad, I try to celebrate the good times and I’m so proud to be his son and enjoy keeping the legacy alive. He was an incredible man and the impact he had on so many people continues to make me so proud that I am his son.

How do you compare living in Chelsea, London to living in San Jose, California?

I’ve lived in Chelsea for twelve years, but I was born in California. I lived in Malibu and Hollywood until I was 21. I love London and California for different reasons. London has a hustle and business vibe whereas California is much more laid back.
I love the sun so California works for me on that front, but the sun in London always feels more special as it’s so bloody rare! 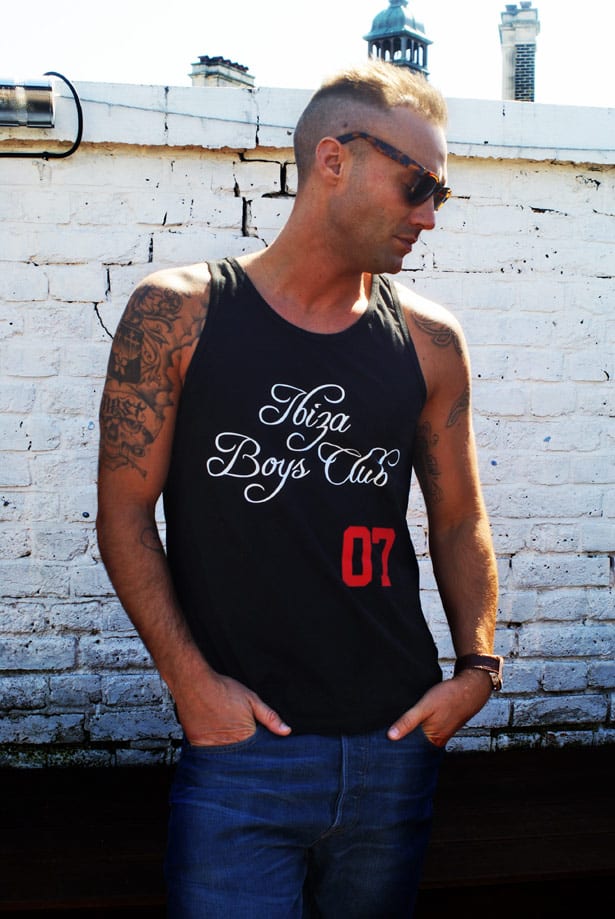 We’ve noticed you have turned up ready for summer in Ibiza Boys Club gear. What’s the brand all about?

Ibiza Boys Club is my new baby and is my main focus at the moment. It’s a creative and fresh new clothing and lifestyle brand. I have spent some of the best years of my life in Ibiza and I think it’s a mutual love, which I want to share with everyone.

The vibe in Ibiza is about sharing, meeting new people and having a good time. I wanted to weave those values into the fabric of the new line, and I think that’s what I have successfully done. I would never put my name to something that I wouldn’t wear so I have spent a lot of time developing the designs and testing the samples.

How did you go about bringing out your own fragrance?

The fragrance ideas came about six years ago when I wanted to develop myself as a brand. I am the type of person who likes to take care of myself and who doesn’t like to smell good? I wear Tom ford, Creed etc and thought how cool if I could make my own smell… I had the pop so jumped on the opportunity designing all aspects and choosing scents too.

I have a new mens fragrance out now to add to my other five and my first women’s perfume, which I am really excited about, is launching soon. The women’s perfume will be light and fresh – very floral and clean. I spent a lot of time working on it and making sure it was absolutely right. I think men are a good focus group for women’s fragrances, because smell is so evocative.

Lover of all things FAST. If I am not in the office, you can find me near a track or under a car. I also work with a great people in TrendLife's Editorial team.
@@trendlifepr
Previous Building your future today
Next 10 Songs For Your August Playlist