Today the world-famous dance music festival Electric Daisy Carnival (EDC) announced that, for the third year in a row, it will return to the UK on Saturday 11 July, 2015. Also announced is an unparalleled artist line-up, which includes some of the most talented and popular acts in dance music today. Those eager to experience EDC’s signature high-tech scenic stages, innovative special effects, breathtaking theatrical performers and the very best DJs from around the world can purchase tickets starting today at 12:00pm GMT at http://www.cream.co.uk/go/edcuk2015

With carnival rides and costumed performers creating a sensory feast, the true Headliners of the show are the fans, whose participation in the show, from the glittering array of costumes to their interaction with the performers and installations, is paramount to creating the unique and mind-blowing atmosphere. As a special treat, a limited number of “Early Owl” General Admission passes will be made available for a reduced price while supplies last, and VIP experience passes will also be on sale.  Complete details on the festival experience are available now on www.electricdaisycarnival.co.uk 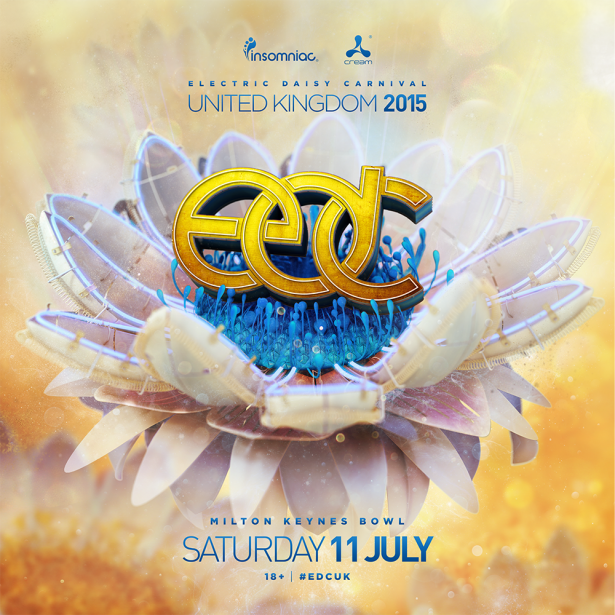 A legendary venue, Milton Keynes Bowl provides the perfect setting for EDC UK, while the brightest stars in dance music will light up four breathtaking stages/arenas, each possessing their own unique vibe.  DJs will converge from the four corners of the world to celebrate the enduringly popular genre of techno at neonGARDEN, keeping it deep and dark from dawn to dusk. kineticFIELD presents an exciting mix of big arena electro-house artists, and circuitGROUNDS brings a seminal lineup of drum & bass pioneers who have progressively deconstructed the genre into the cutting-edge sounds and subgenres of today. At cosmicMEADOW, a stellar array of favorites has been assembled to transport Headliners straight to the stratosphere. 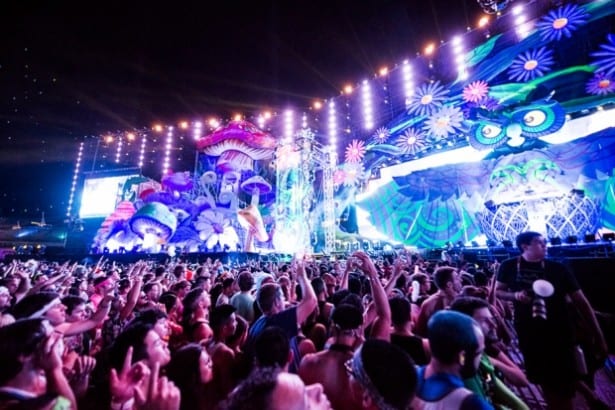 LINEUP SO FAR: Critically acclaimed Art Department is deep, dark and minimal. Los Angeles-based Carnage deftly fuses electro, hip-hop, pop and trap into an intoxicating brew that’s dirty, defiant, and diverse. Detroit-born Claude VonStroke, owner of Dirtybird Records and now living the life in Venice Beach, remixes everyone from Kenny Larkin to London Grammar. Cosmic Gate feed off one another’s turntable creativity to whip up a frenzied digital supernova. Dimitri Vegas & Like Mike have enjoyed a continuously upward trajectory from celebrated DJs to dominating figures in the electronic music industry. Dutch legend Ferry Corsten coaxes maximum emotional impact from his records, ensuring his place at the top of the electronic music Hall of Fame. Showing his masterful skills behind the decks, BBC Radio 1’s very own Friction will be mesmerizing Headliners on four decks with unreleased cuts. Dutch DJ and producer Hardwell won the DJ Mag Top 100 poll for the last two years. High Contrast will be joined by MC Wrec and Ilan Bluestone. 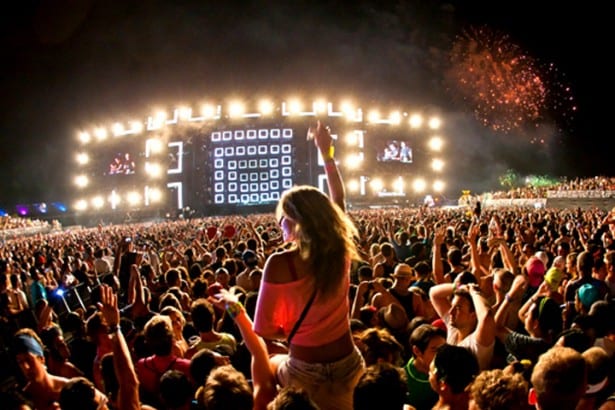 Jamie Jones, leader of the new sound of house, is renowned for his pioneering music, his cross-genre band Hot Natured, his groundbreaking Hot Creations label, and his world-famous event series, Paradise. In less than a decade, he has catapulted himself to stardom by shattering genres and breaking out of the confines of minimal techno. Jamie’s revolutionary sound is an instrumental part of his success, being both artistically innovative, yet easily accessible. Also appearing will be John O’Callaghan, Jordan Suckley B2B Bryan Kearney, Kove and Linguistics—as well as Marco Carola, widely regarded as one of techno’s true pioneers. From his stellar Ibiza residency each summer to his shows across the world, Carola and his Music On parties and record label have become synonymous with cutting-edge music. Markus Schulz is a regular at EDC events around the world and known affectionately by his fans as “the Unicorn Slayer.” 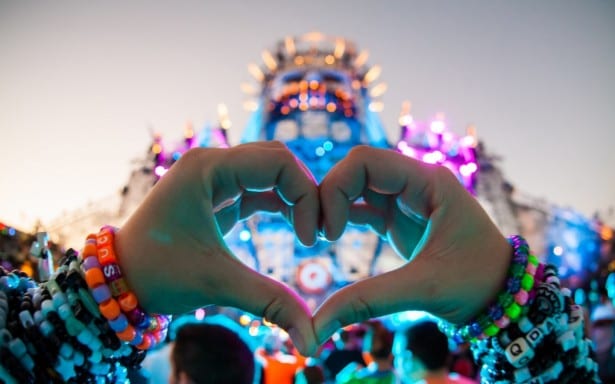 Matrix & Futurebound have defined a whole new era in drum & bass via their skillful fusion of epic, melodic soundscapes with heavyweight dancefloor production and original vocals. Rising star Miguel Campbell and BBC Radio 1’s Mistajam will be in attendance. The debonair Paul van Dyk—German DJ, musician, producer, Grammy winner and torch-bearer for the scene—had the longest unbroken run at #1 in the DJ Mag Top 100 poll, was the first DJ ever to be voted as #1 in Mixmag, and boasts remix and production credits for the likes of U2, Depeche Mode and New Order.

This festival lineup wouldn’t be complete without drum & bass kingpins Pendulum (DJ set) with Verse. Raw and controversial, with momentous killer beats, they are not to be missed. One of the UK’s hottest new talents, Philip George, had the biggest breakout record of 2014 with “Wish You Were Mine.” PureNRG Live and Richy Ahmed will be performing live. Route 94 has quietly yet forcefully established himself as a distinctive young figure in the house music scene. For his latest album project, Cornerstone, Shy FX revisits old-school studio techniques and collaborates with a mouthwatering lineup of special guests. Drum & bass duo Sigma need little introduction; from early releases on labels such as Hospital and Viper Recordings, they have cemented themselves as an integral part of the scene. Steve Aoki head label Dim Mak, and Simon Patterson is a star of UK electro house. Sub Focus’ single releases span a plethora of electronic genres, from drum & bass and dubstep to house music and beyond. One of Holland’s most prized exports, DJ and producer Tiësto is a Grammy nominee and multiple winner of the celebrated DJ Mag poll. His legendary progressive electro house sound—along with his uncanny ability to read a crowd’s energy—makes him a perfect deck magician. Visionquest, wAFF and Will Aktinson round out the lineup, with more to be announced. 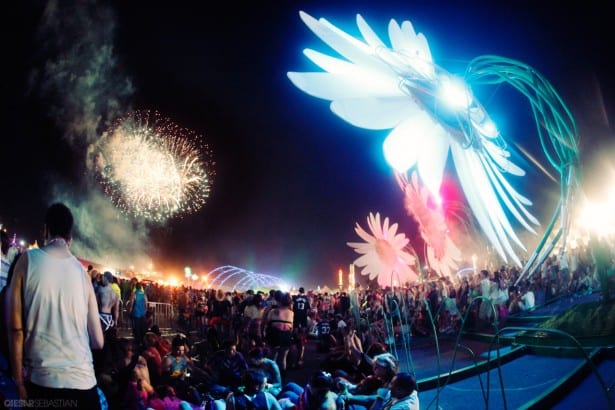 Electric Daisy Carnival UK is a creative collaboration between Insomniac and Cream. EDC parent company Insomniac has a well-established reputation for hosting some of the biggest and most spectacular shows on the planet. They have produced more than 250 music events for more than 4 million concertgoers across America—including a groundbreaking 400,000 happy faces at EDC Las Vegas last year—as well as dozens of other annual music festivals and club shows around the world. By teaming up with one of the UK’s longest-running electronic music promoters, they have created a festival super power. Cream has an unprecedented reputation for hosting some of the best events the UK has to offer—including Creamfields festival, which has amassed a global following and for more than 20 years has been one of the most highly desired bookings for DJs and electronic acts the world over.

Deputy Editor of TrendLife Magazine. Often daydreaming, always happy. If you only do one thing today, do it more stylish than you did before.
@TrendLife_UK
Previous A five star Valentine’s Day at Luton Hoo Hotel
Next Karl Lagerfeld collaborates with Tiffany Cooper

Warm up winter at the new-look White Horse