Mercedes F1 driver Lewis Hamilton has won his shootout in the desert with Nico Rosberg to win his second Formula One world championship in Sunday’s Abu Dhabi Grand Prix.

Hamilton got off to a amazing start as he went flew past pole-sitter Rosberg who started off slowly and immediately built up his lead on his Mercedes team-mate. But he also benefited as Rosberg suffered a number of technical problems. So in the end Hamilton’s worry about being beaten on the double points system for Abu Dhabi, after going into the race with a lead of 17 points, came to nothing. 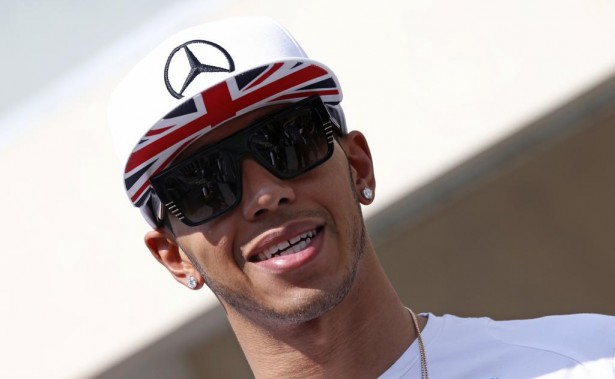 Hamilton became only the fourth British driver to win more than one world championship – the first for 43 years – and the 16th overall, as Rosberg once again failed in his ambition to win back to back races.

Watched by his father Anthony Hamilton, his step-mother, fellow racing driver & brother Nicolas Hamilton and girlfriend Nicole Scherzinger, Hamilton took his second title six years after his first, as Rosberg limped home and finished out of the points.

“World champion! Oh my God, I can’t believe it” he screamed, before he was congratulated by Prince Harry. “I’ll drive the car like I stole it,” Hamilton promised just before the race, and he delivered.

When the lights went out he started like a drag racer and within 40-50 metres, it seemed, he was ahead of his arch rival with a blistering start from P2. By the end of the second lap he was already leading by 1.4 seconds. As early as Lap 9 Hamilton was told to get ready to come in for fresh rubber and when he did it was a clean pit strop, allowing him to rejoin the race in third place.

There was more good news for Hamilton when on Lap 25, shortly before the halfway stage, Rosberg reported problems with his ERS system and he started to lose about a second a lap. It was at the same time the sun started to go down on the Yas Marina Circuit – and on Rosberg’s title hopes.

Lover of all things FAST. If I am not in the office, you can find me near a track or under a car. I also work with a great people in TrendLife's Editorial team.
@@trendlifepr
Previous Beyoncé shows Kim how to really break the internet
Next iPhone 6 Plus review

Hamilton ends the last race before the summer break in P4

Feel the need for speed this Silverstone weekend?

As we continue our countdown to Christmas, we have hand picked a selection of amazing gifts …

It was a rare sight on the BMW Welt “Premiere”: On this platform, where customers …