A stylish brasserie with a difference has opened its doors at Milton Keynes College Bletchley campus.  The fully licenced Brasserie offers everything from paninis and chips to à la carte dining.  The big difference between this establishment and everywhere else in the city is that it is staffed almost entirely by students.

Forty invited guests were treated to luxurious canapés and delicious chocolate desserts while being waited on by students who were themselves bedecked in chocolate.  The young people are learning everything from becoming professional chefs to front of house work and all under the watchful eye of a manager who has spent the last five years in a very different brasserie – Brasserie Blanc in the hub.  Sarah King says even though the restaurant will run as a training establishment she expects total professionalism from the young staff.  “We’re going to be serving the paying public and while they will no doubt be understanding when it comes to dealing with people who are learning their trade I expect our staff to be completely committed and to live up to the standards of a professional establishment,” she says.  “During their time here if they’re waiting at table they will need to be able to deal with customers properly, advise them about the wine – everything anyone serving at a restaurant in the city centre would be able to do,” she says. 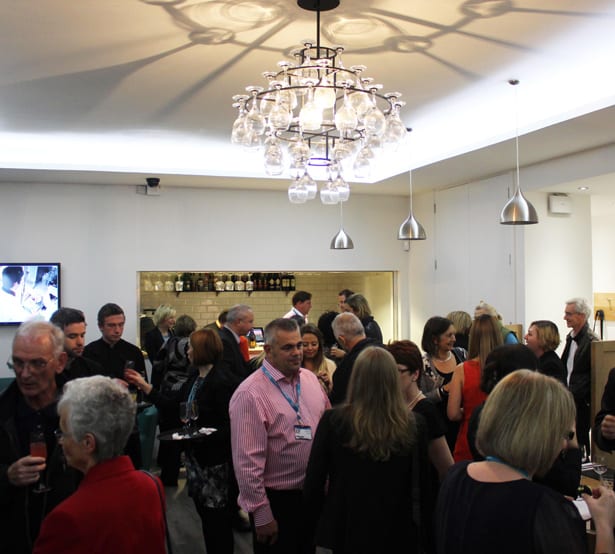 In the kitchen, head chef Darren Klein is also new to education but no stranger to the world of professional catering where he has cooked for thousands of paying customers.  “I will be strict with them, of course, but it’s important to understand that some of the students have never so much as peeled a carrot before they came here.  I’ll make sure they have the time and the encouragement to learn everything they need to know to make a success of life after college.  When they leave here they should have all the skills to be able to work with confidence in a four star restaurant.”

The students working in the Brasserie will also benefit from the College’s ground-breaking partnership with the Spirit Pub Company, owners of well-known brands including Chef & Brewer and Taylor Walker.  The group’s Food Training Manager, Lynne Kennedy, spoke at the event and explained how MK College students will benefit.  The company will have input into classroom training and around seventy-five students will each receive a week’s work experience at one of the company’s local outlets.  On top of that they will have access to the Spirit e-learning portal which includes all the induction material used by the company’s new recruits.  Head of Hospitality at the College, Debbie Houghton, says, “This is the first time Spirit has agreed to go into partnership with a college and we’re absolutely delighted the company has chosen Milton Keynes.  It’s a pioneering project which it’s hoped might be rolled out across the country so we’re proud to be involved but also recognise our responsibility to get it right.  I suspect it’s precisely because of ventures like the Brasserie where students have real “frontline exposure” that the industry sees the College as an institution worthy of such a relationship.”

Certainly, the people tucking into the food on offer seemed to agree that it will be a great place to eat.  Former MKC catering student, Rebecca Gibson is now working at Michelin-starred restaurant The Yorke Arms under celebrated chef, Frances Atkins.  She said, “The flavours are good. I’m surprised at just how well each dish has been presented. The staff have been fantastic in telling me exactly what has gone into each dish. The place has been transformed.”

Meanwhile, Stevyn Kemp. Sales & Marketing Manager at The Living Room in the city added, “I’ve just had the white chocolate dessert, it was so big I thought it might break my jaw! One word – Incredible.” 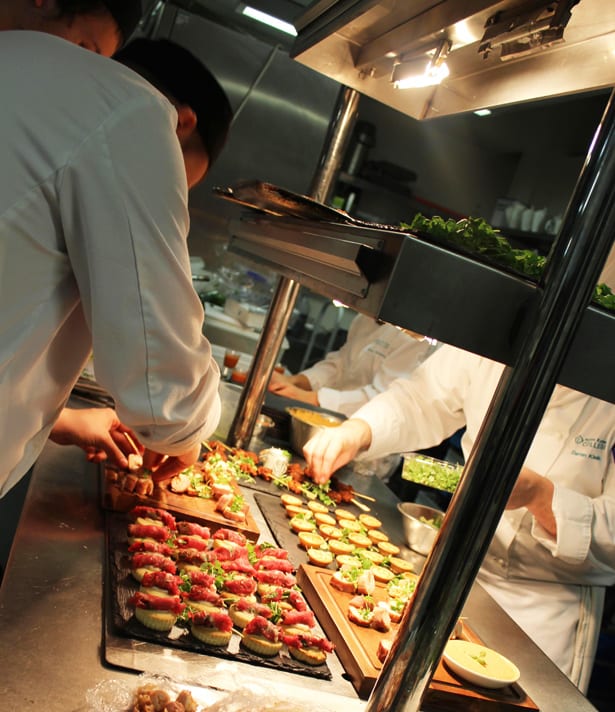 Lover of all things FAST. If I am not in the office, you can find me near a track or under a car. I also work with a great people in TrendLife's Editorial team.
@@trendlifepr
Previous Winter Warmer Cocktails at Slug and Lettuce
Next New Habitat store opening in Hemel Hempstead

Pasta Making Workshops with a Twist!

lunchNbloggers is heading to The Little Angel in Henley-on-Thames

A fresh start at The Swan, Salford

Get 50% off your next bill with Tastecard