A long long time ago… the release of a new movie really meant something. The anticipation, the desire to be the first to see it; starting the playground conversations were all part of the experience. Being the only person in the universe that could explain the plots and twists made being a movie buff during the days of the first true blockbusters truly awesome.

Then along came that shitty thing called the internet with its spoilers and torrents.

There have been many blockbusters since Steven Spielberg’s Jaws turned everyone into a film critic but I honestly don’t think any of them have created as much anticipation as The Force Awakens. Your Bonds, Potters and even Hunger Games have all created a buzz but nothing is more deafening than the applause that meets a Star Wars opening scene. 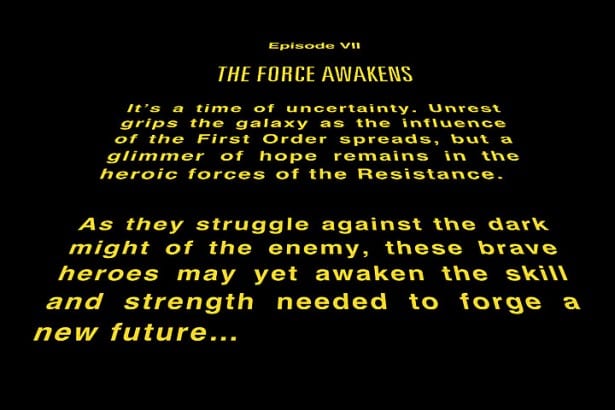 So was it worth the wait?

Very much so and then some. J.J. Abrams has taken our somewhat sad devotion to an ancient story and somehow conjured up C-3P0 gold! From the outset, the pace of the movie is akin to A New Hope with a where the movie is going within ten minutes, it does not spoil the journey one bit. (Hang around – there are no spoilers). Visually, the movie is stunning and the opening scenes recreated those awe-inspiring feelings I had when I saw an Imperial Star Destroyer for the first time. 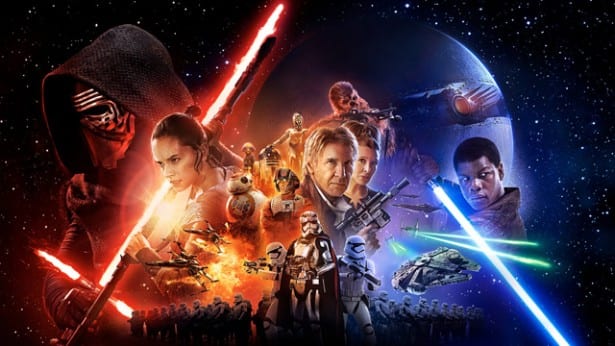 The new characters of Rey and Finn portrayed by Daisy Ridley and John Bodega both give the franchise a new lease of life after the excellent lesson in wooden acting from The Phantom Menace cast.

We all know the prequel trilogy did not (and could not) live up to our unrealistic expectations but J.J Abrams and his team have restarted the love affair on a extremely high note with The Force Awakens. Only the most awkward Star Wars fan will complain about the direction he has chosen. Just like he did with his reboot of Star Trek, J.J Abrahams has somehow made something old as dirt feel BNWT.

With a running time of 139 minutes, you would be excused for thinking it might drag on like a trip to the dentist or a pod race but surprisingly, it is over in a flash or should I say explosion. 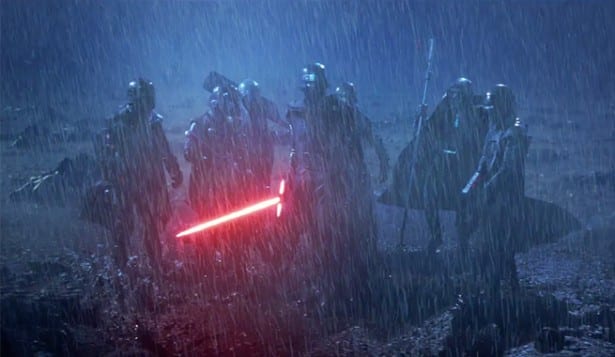 Where would the franchise be without The Force and those iconic fighters and spaceships that managed to keep Kenner in the black for so many years? J.J. Abrams was extremely clever by bringing all that made the original trilogy great and infusing it with his very unique vision. He clearly had taken Yoda’s wise words – ‘Do, or do not. There is no try’. 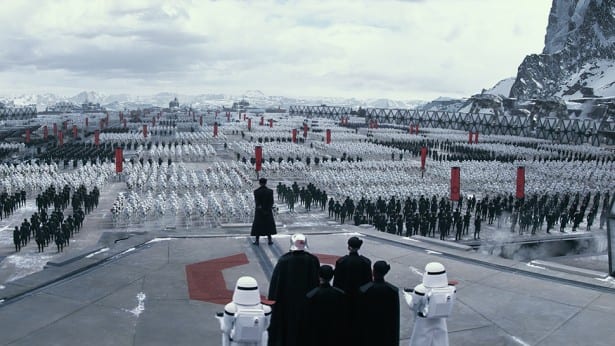 The Circle is Now Complete…

Based on this episode alone, it is clear to see J.J. Abrams has given the Star Wars franchise exactly what it needed; a much needed diet. In the same way a personal trainer might look at your eating habits and exercise routine to highlight where you are going wrong, J.J. has taken the franchise for a run around the park to shed all the extra fat Lucas put on during the prequals – you won’t find any pod racing, gungans and unemotional love scenes.

Yes, it does feel like watching a condensed version of A New Hope and The Empire Strikes Back but that is a good thing in my book. The force is strong in this one.

Lover of all things FAST. If I am not in the office, you can find me near a track or under a car. I also work with a great people in TrendLife's Editorial team.
@@trendlifepr
Previous Idris Elba + Superdry hits the high street this November
Next Milton Keynes sparks record sales of electric cars

Stop what you are doing…. new teaser for Star Wars: Episode IX.

What to watch at the cinema over Christmas