If you have never heard of DHC before I really urge you to go check them out; they are a Japanese brand that can be bought over here in the UK and they offer all kinds of amazing products from skincare (one of my personal favourites of theirs) to makeup.

Cosmetics and Skincare from the Far East is fast becoming an obsession of mine due to the quality of the products, and DHC are no exception to this. The DHC Premium Lipsticks in Petal Pink & Rich Raspberry (£13.00) are packed full of moisture and pigment so they are perfect for these summer days we are having as they don’t leave your lips feeling dry. The lipsticks are enriched with vitamin A and Geranium so they leave your lips looking and feeling super soft and hydrated.

The light reflecting particles they also contain add to the illusion of fuller plumper lips – so no need for any nasty fillers to make your lips look extra kissable. If there is one area of cosmetics that Far Eastern brands truly excel at it’s lip care; the products give subtle yet pretty hints of colour to the lips and enhance them in the way we all want. 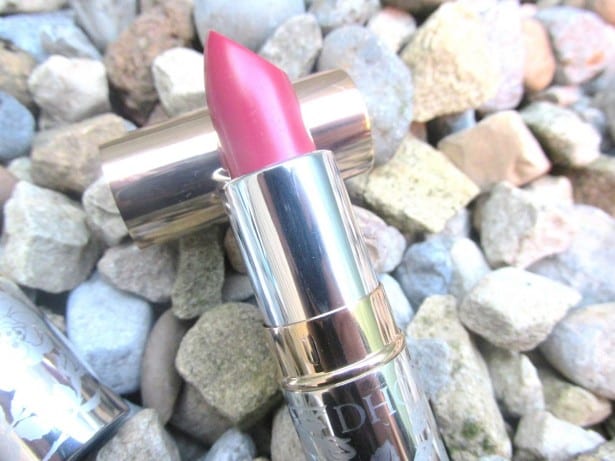 In terms of colour pay off these are very pigmented but also natural looking colours,  the colour lasts well on the lips and there is no need to reapply this  all of the time. The lipstick has a soft texture that melts onto the lips when applying and leaves your lips feeling moisturised and soft with a stunning satin finish.

These lasted quite well for a moisturising lip product, around 4 hours on me, which is great as usually these type of lipstick last around 2-3 hours. 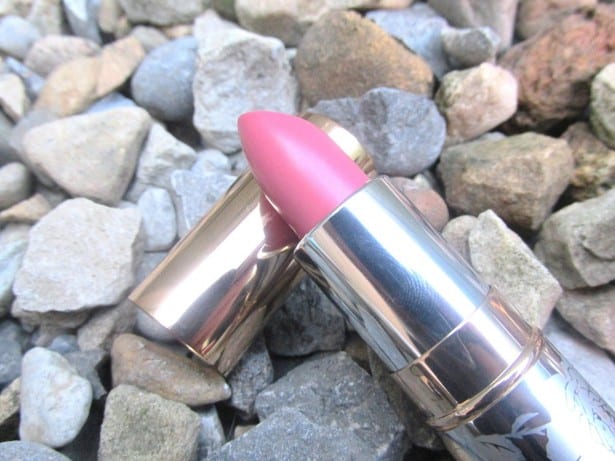 If you are thinking of making an order from DHC I say go for it, and whilst you are there also add the DHC Pore Clarifying Pore Cover Base and their best selling Deep Cleansing Oil to your basket as these are some of my many favourites from DHC.

Jessie, Ariana & Nicki soar to No.1

Beauty blogger, lipstick hoarder, gin drinker and all round good egg. You can find my ramblings at http://www.teapartybeauty.com

The TrendLife Magazine team are excited to announce that #lunchNbloggers is back. We have been working hard to plan something special for our first post-lockdown event so we are happy to say we have chosen The Hub Milton Keynes.

This #lunchNbloggers will be the first event that features five dining experiences as we discover all what The Hub has to offer. Located in the heart of Milton Keynes between Midsummer Boulevard and Avebury Boulevard, The Hub is home to a wide range of popular restaurants, bars and hotels.

What to expect when #lunchNbloggers arrives at The Hub Milton Keynes

As part of The Hub #lunchNbloggers experience, we will sampling and experiencing some of the most popular dining destinations in Milton Keynes

As with all our #lunchNbloggers events, the masterclass is always something special and we have arranged a Yoga masterclass with a twist at Sweat Studios. Chill out, stretch out or work out – it is your choice. As with all our masterclasses, everything you need will be provided.

About The Hub Milton Keynes

The Hub is a vibrant restaurant, cafe, hotel and lifestyle quarter in the very heart of Milton Keynes.

#lunchNbloggers has always been and will remain FREE to attend. We occasionally ask for a small deposit to ensure those who are selected attend notify us in advance so we can offer this exclusive opportunity to another member of the #lunchNbloggers team. To register for this event, please complete the form below and remember to follow us on instagram for updates.

If you wish to attend but cannot take part in the Yoga masterclass, please let us know when you register. Venues may change subject to availability.

Just two years ago, Hitchin Town Centre had been named as a finalist in the Great British High Street Awards 2019. Despite losing out on the crown, Hitchin Town Centre has remained one of the more popular destinations in Hertfordshire. As times and demands change, town centres and high streets across Hertfordshire also need to change to meet the demands of residents and visitors coming from out of town.

As residents return to the cobbled streets around the town centre, we asked the question… ‘what is missing from Hitchin Town Centre?’ In total, we had over 200 individual responses with 40 different suggestions.

From 10 to 1, below is a list of the top things voted for by Hitchin residents. Some notable responses that did not make the top ten include a Vietnamese restaurant, a gin bar, toy shop, escape room and art gallery.

We are not sure McDonald’s in Hitchin would be a hit.

Would local residents really stomach a McDonalds in Hitchin Town Centre? Would Colonel Sanders be welcomed with open arms? These two fast food giants may bring the Big Mac, finger licking’ chicken and employment but what about the litter and UberEats riders? There are a number of issues that come hand in hand with today’s fast food giants.

Owning music in a psychical format had been on a steady decline since 2010. However, nearly 5 million LPs were purchased in the UK last year alone. Most of these have been online but is there an opportunity for a savvy Hitchin entrepreneur to create a nostalgic record store experience?

Move over meat… Vegan burgers could be available in Hitchin soon

With plant-based food businesses, festivals, and pop-ups booming, it’s clear that veganism is become a global phenomenon. Because of this changing trend, some larger towns and cities can boast of vegan only restaurants. A Hitchin vegan restaurant could become a reality soon as the demand is clearly there.

Picking up 5% of votes, an independent Hitchin book store would probably struggle given that Waterstones is positioned in such a good place but Waterstones itself is currently in a battle online giant Amazon. Independent book stores tend to be more quirky and with the right ‘keeper of books’ behind the till, the experience of buying a book in person is a lot more rewarding than hear the thud of delivery hitting the passage floor.

For the remaining things missing in Hitchin, watch our video below and don’t forget to subscribe.

We’ve tried them all haven’t we? Atkins, Paleo, Keto and if you’re a certain age then maybe the Cabbage Soup Diet. But do any of them keep weight off in the long term? In most cases, the answer is sadly, no. They may provide a short-term fix, but in the longer term the scales will slowly creep back up again.

In fact, evidence shows that dieting is linked with a higher risk of gaining weight. Many of you will know from bitter experience that you go on a diet, you lose some weight, you don’t feel great as you’re denying yourself certain food groups, or foods you love and then when you return to your normal way of eating, the pounds creep back on again.

This is why we need to reframe how we see a ‘diet’. When you look the word ‘diet’ up in the dictionary, the first meaning is ‘The food and drink we consume on a daily basis’ and the second meaning is ‘a limited amount of food we eat for medical reasons or to lose weight’. If we were to focus on the first meaning and embark on a diet that is for life and which provides us with all the nutrients we need to thrive then we’d have much less need to focus on the second meaning.

A great way to assess if your current way of eating is the best one for you, is to ask yourself if you’d be content eating the way you do now in two years’ time? if the answer is no, then it’s time to make some changes and discover your diet for life.

We also mustn’t forget that one size won’t fit all when it comes to a diet for life. We don’t all respond in the same way to the calories we consume and we don’t all undertake the same amount of daily movement or have the same metabolism. What works for one person may not work for another and this is why taking an individualised approach works much better.

It’s also important to not look at one factor in isolation, for example, stress, sleep and movement all impact upon our weight and our energy and if we only look at what we are eating then we may not achieve our goals as quickly.

If you’d like start your journey towards a diet for life, then why not book one of my 30-minute Vitality Review Consultations? We can talk about your health goals and discuss some tips for changing your diet and lifestyle so that you can find an energetic, healthy version of you who can thrive in life.