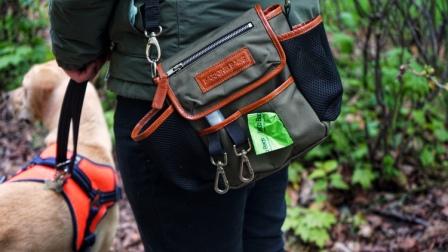 A pet accessory business based near Milton Keynes has recently won the Best New Business at the Pet Industry Federation (PIF) Awards. Barking Bags is the brainchild of Debbie Greaves and her partner Rob Angell, who were inspired by the need to find a bag that would carry all the paraphernalia that they needed when they were training and out on a walk with their dog, Maisie.

The PIF Awards celebrate success across a wide range of products, services, companies and individuals and provide the perfect platform to recognise excellence and innovation in the industry. The awards were recently handed out at a black tie event at Whittlebury Hall Hotel, Northamptonshire and were attended by the major companies and experts in the pet industry.

Barking Bags are fast becoming an essential companion for dog walkers. Their fashionable and multifunctional design allows the wearer the flexibility to use them cross body or as a bum bag, helping dog walkers to carry everything they need without compromising on style. They are weatherproof and suitable for any climate or environment.

Barking Bags truly come into their own particularly during the winter months as Debbie explains,

“Regular exercise is vitally important in the winter months and it is important to make the walk pleasant for you and your dog.  Always carry bags for cleaning up and disposing of doggie poop—leaving dog waste is not only a health hazard, but also it is against the law. Try to hydrate by carrying water for yourself and your dog, especially in warmer weather, and be sure to pack your dog’s favourite bite-size treats for rewarding good behaviour away from home.

“We have a range of high quality, water resistant, unisex fabrics and also high end luxury leather bags to choose from, but in response to customer demand, we also produce a vegan friendly range as well. These allow you to carry all the essentials you need.”

Inspired by young British designers, Barking Bags make walking the dog easier, safer and more convenient.  Their ingenious designs have mesh pockets for water bottles and soggy toys, a poo bag dispenser, a safe place for keys and mobile and much more. Some models have reflective strips for added safety when walking in the dark and Barking Bags sell police approved panic alarms that can be clipped onto the bags. Barking Bags come with breathable side pockets with the option of a draw string side pocket – large enough to carry the dog waste once it is bagged up which means no more walking around carrying the unmentionable stuff.

The bags are great for professional dog walkers, breeders, show dog owners, groomers and ordinary dog owners. You can fit all your bits and pieces in the compartments and they make the perfect accessory or gift for any dog owner. There are also a range of additional accessories that can be purchased in the Barking Bag range that include water bottles, collapsible dog bowls, alarms, towels to dry the dog’s paws on and belts to hook your bags onto so you can keep you hands free to control your dog. The bags have 100% 5 star reviews on Google

Barking Bags were also nominated in two other categories at the Pet Industry Federation Awards (PIF) and were finalists in three categories at the Pet Quip awards. There are plans afoot to increase production of the range due to demand and to introduce new range of smaller bum bags. The bags are currently made by artisans in India and are packaged in the UK at MK SNAP – a local charity working with adults with learning difficulties.

Deputy Editor of TrendLife Magazine. Often daydreaming, always happy. If you only do one thing today, do it more stylish than you did before. 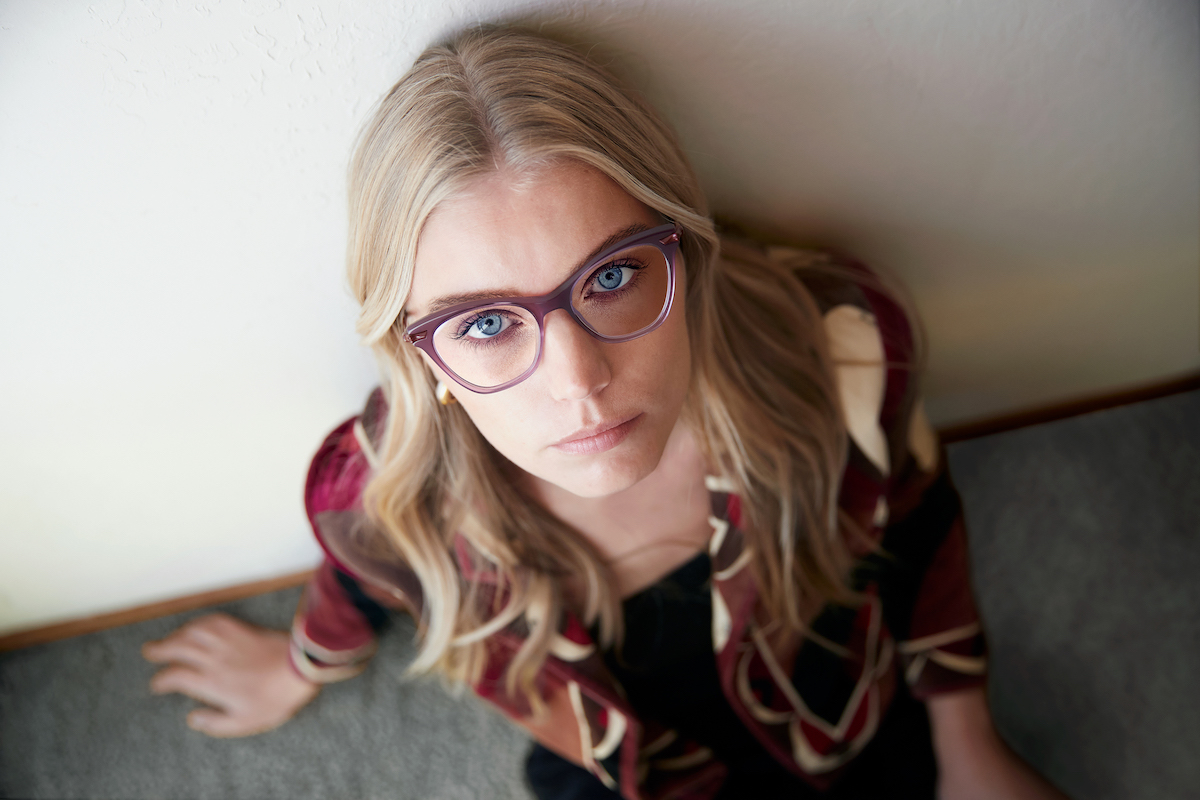 “After two very long years dealing with the pandemic, we are finally seeing light at the end of the tunnel” says Blake Kuwahara.  “This Spring Collection reflects that hopeful optimism with more color and adventurous shapes”.  His design ethos of creating eyewear that is at once artful yet wearable is evident in his signature frame-within-a-frame laminated technique and use of contrasting colors as well as his cast bone motif used in his Grey Label Collection. 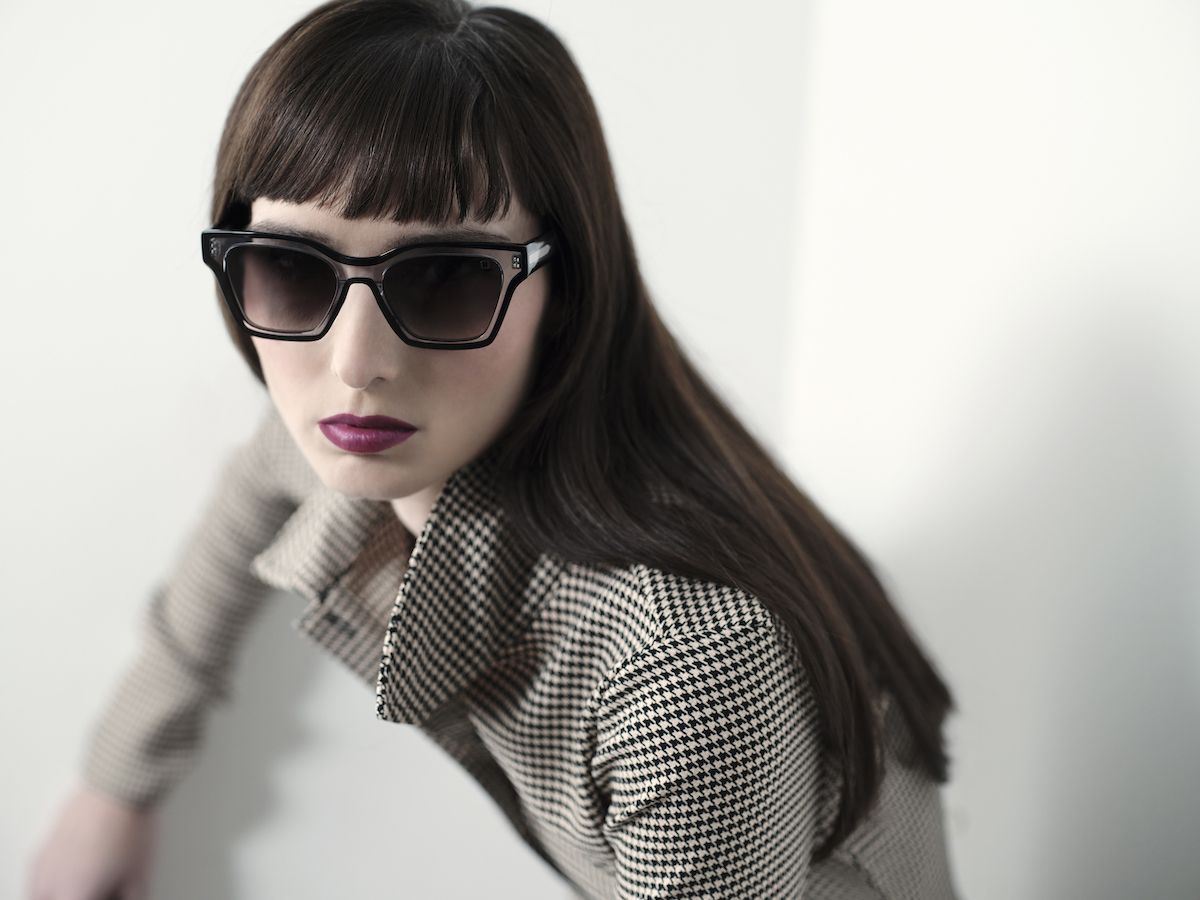 Also dropping this Summer will be a limited edition of the now iconic CHAMBERS in a custom Rainbow acetate in honor of PRIDE. “I posted a rendering of the CHAMBERS in rainbow colors on Instagram to celebrate and recognize the LGBTQ Community during PRIDE Month, and it got such an overwhelming response that we decided to produce it!”, says Kuwahara.

“With the lifting of COVID-related restrictions and a pent-up demand, retail is continuing gain traction buoyed by consumer optimism,” says Richard Mewha, President of Fade To Grey, the distributing company for Blake Kuwahara Eyewear. 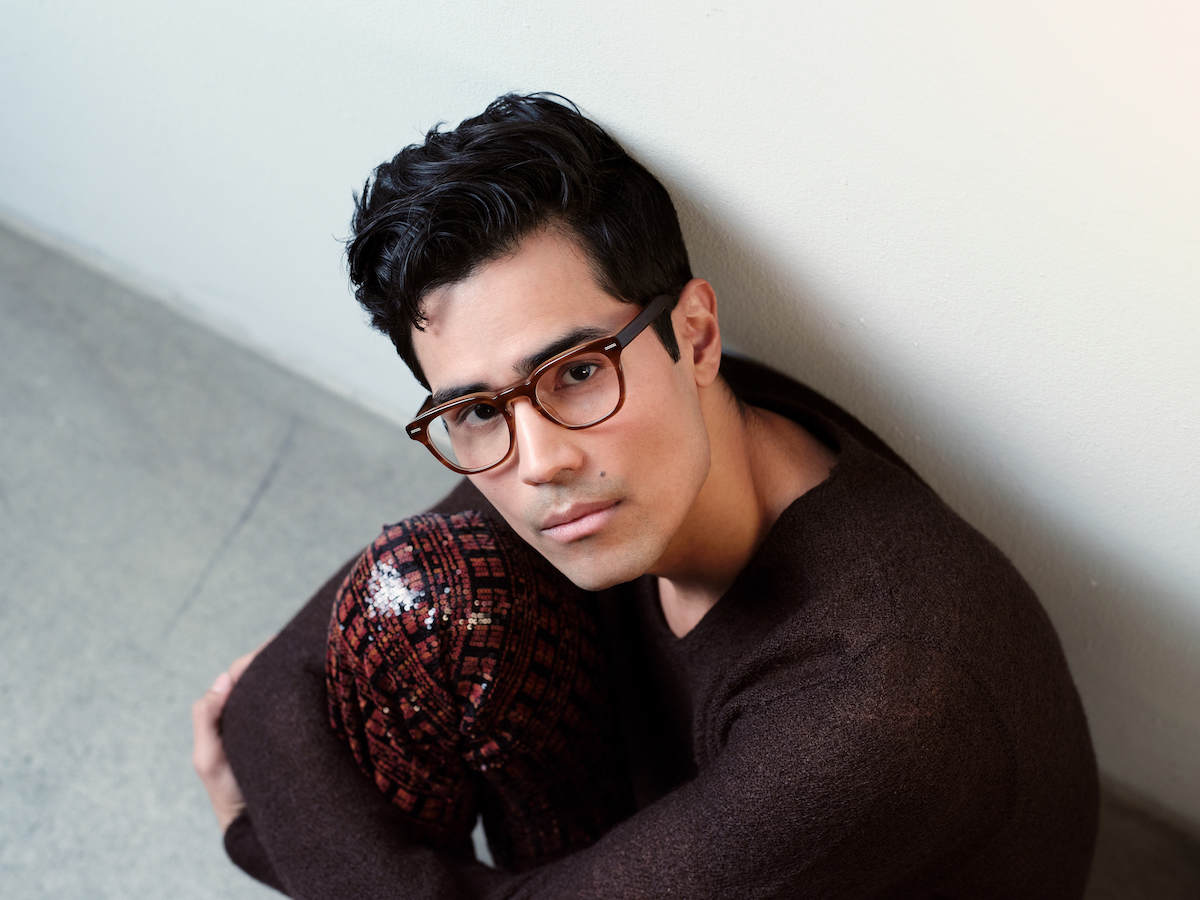 Kuwahara, the founder of the multi-disciplinary design agency, Focus Group West, first gained international acclaim as the creator and designer of the exclusive KATA Eyewear brand.  His groundbreaking use of engineering and production techniques together with his highly curated eye reinvented the way eyewear design is approached today.

Kuwahara’s bold experimentation and innovation have gained him a following in the fashion media and has been profiled in Vogue, ELLE, Bazaar, GQ, In Style, and Esquire and has been seen on E!, Access Hollywood, MTV, and CNN.  Buzzmagazine voted Kuwahara one of the “100 Coolest People in Los Angeles” and Detour magazine called him, “a gifted talent, blessed with savvy and unmistakable sense of style.”

Kuwahara was recently named by Brilliant Magazine as one of the “100 Most Important People in the Eyewear Industry”. Kuwahara has also collaborated extensively on eyewear collections for John Varvatos, Carolina Herrera, Isaac Mizrahi, Behnaz Sarapfour, Hanae Mori, and Coach. 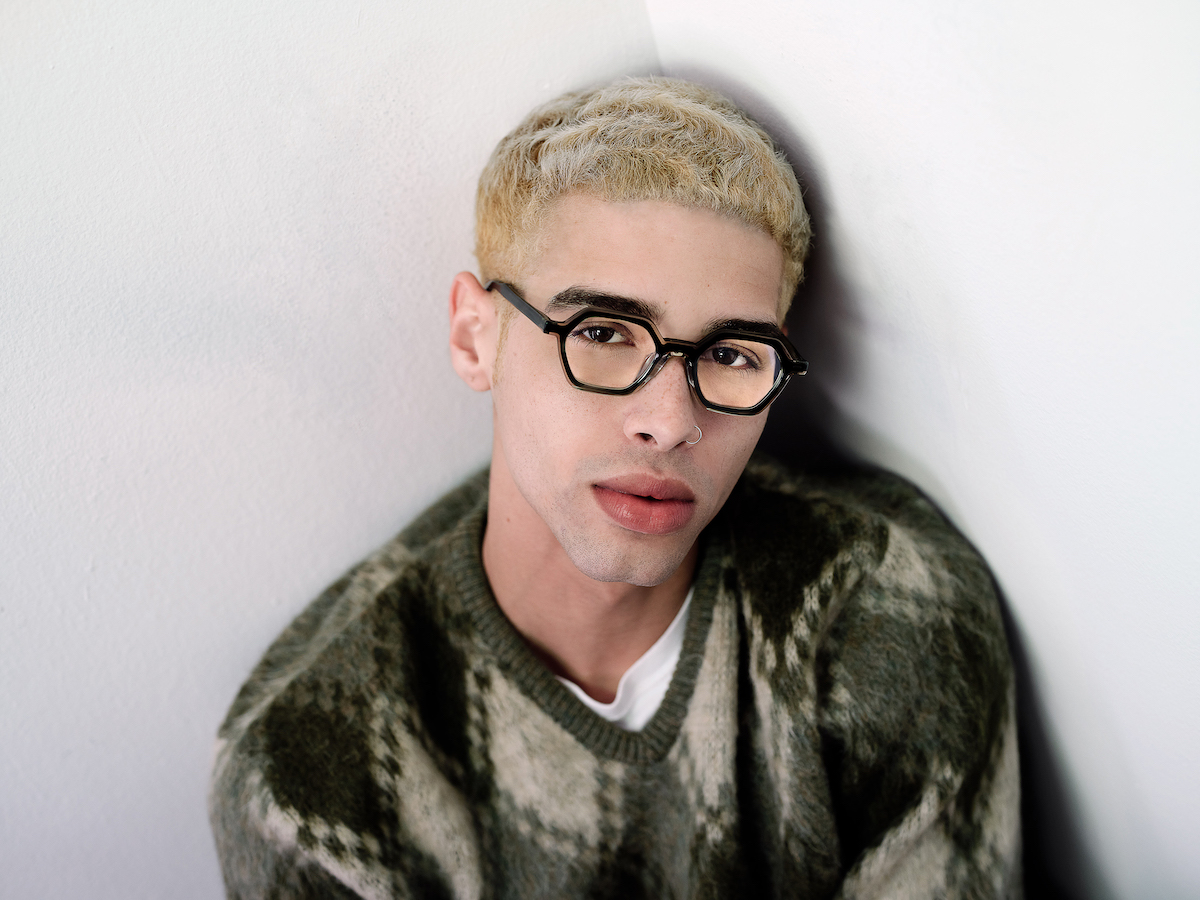 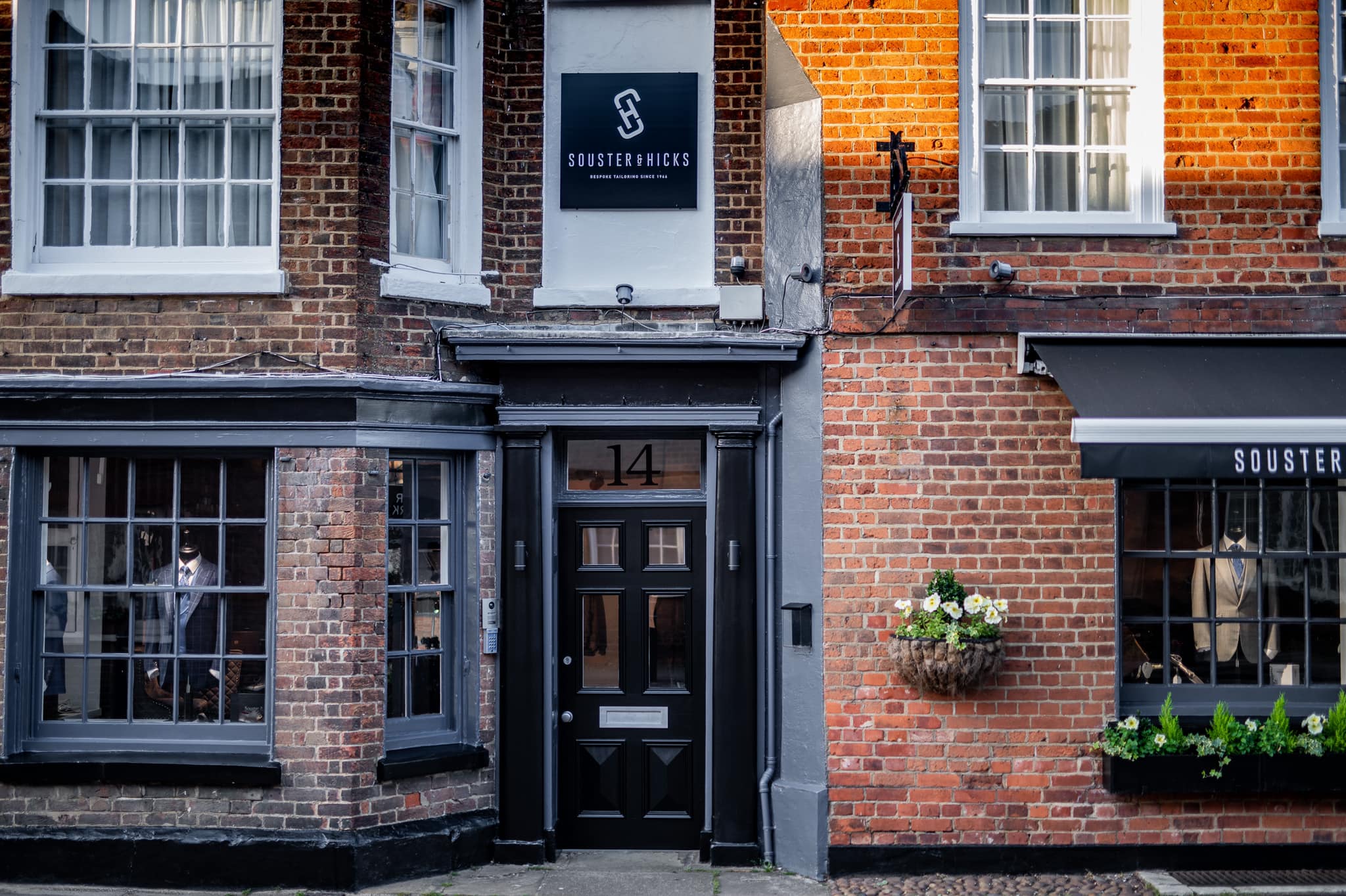 Souster & Hicks is a unique and elegant bespoke family-run tailors in the heart of Georgian village Woburn in Bedfordshire. The personal one on one service is all part of the experience of shopping, and people travel from all over the world to get a feel of their tailoring magic.

With their combined experience, knowledge, skill and understanding of style, the Souster family ensure that they find the perfect outfit for every occasion. Whether it be a business suit, a casual jacket or something for a special occasion, they recognise that no two women want to be dressed the same and that all customers have individual styles to reflect their personalities. 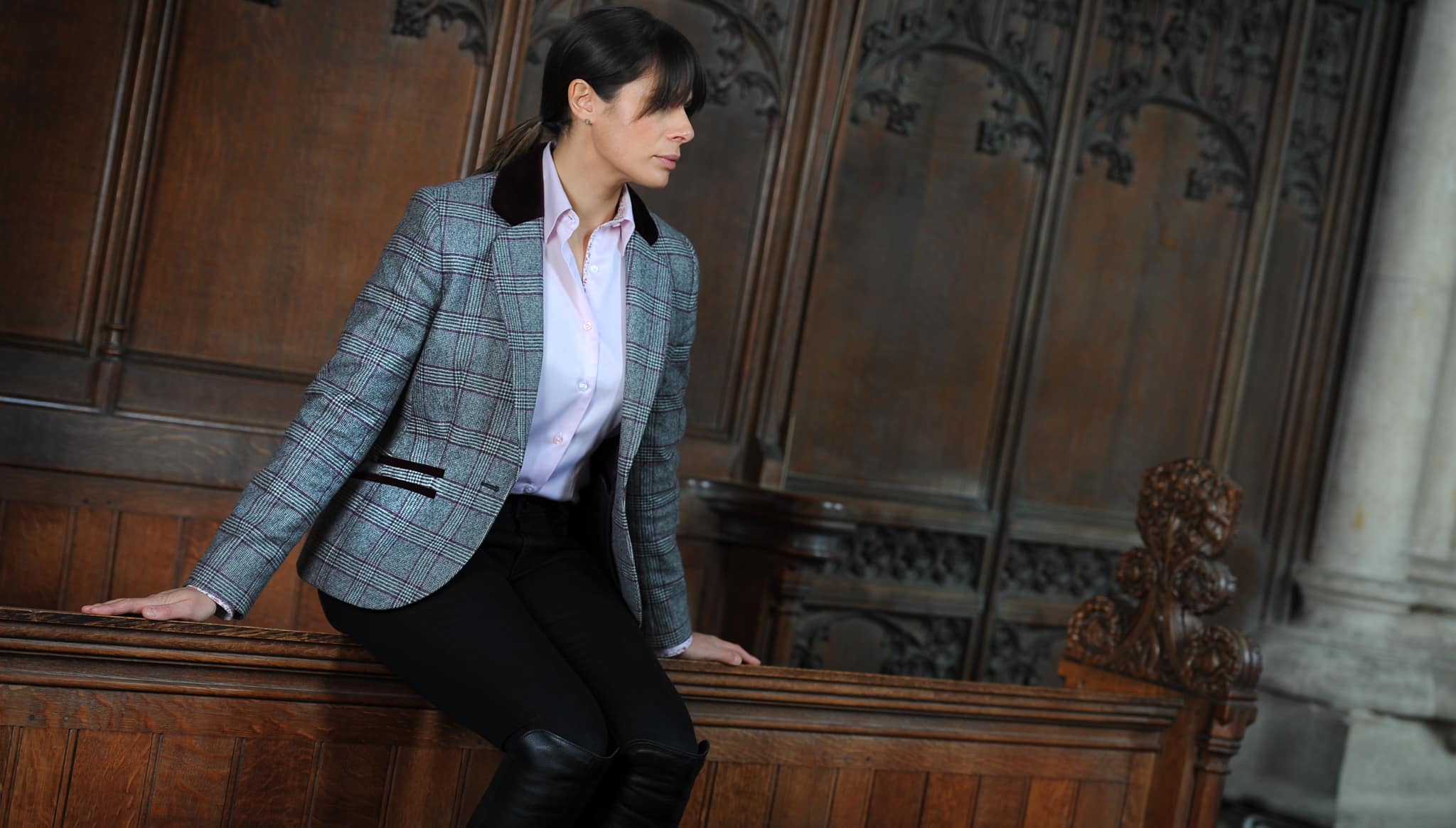 Laura Souster, Managing Director says: “There are so many more women getting their clothes tailor-made, and of course this is great news for us as a business, but it is an even greater statement that the world is changing, and powerful women are vastly growing and being rightfully recognised.

“The importance of dressing in a way that oozes confidence, strength and professionalism is becoming a bigger factor in the business sector; not just because it is how others perceive you though. It is about how you feel within yourself. If you wear a crumpled jumper and a pair of jeans to work, then you won’t feel as powerful and professional as you do when you wear a blouse and a jacket.”

There are two wonderful tailoring options available for womenswear at Souster & Hicks; made-to-measure and bespoke. Made-to-measure consists of beautifully machine-made garments with exclusive designs, and all measurements are taken by trying samples on.

Bespoke consists of the art of handwork, and every single garment is made to the standards of the world-famous Savile Row tailors. Measurements are taken by hand using a tape measure and drafted onto brown paper from scratch, this therefore becomes the master pattern. There are unlimited choices of fabrics and styling options available to choose from and the whole experience is a journey whereby a female becomes – the stronger more confident version of herself.

From tailored suits, dresses, coats, blouses – you name it Souster & Hicks has made it. Tailoring allows the modern alpha female to pick, choose and create their own fashion garments and showcase their personality in a way that reflects on their image.

Lydia Millen commented: “It’s safe to say my days of buying Balmain jackets has come to an end. I don’t know why I’d ever spend that much for a jacket that doesn’t fit me properly, when I can spend the same amount and have one made completely bespoke, and to my size and proportions perfectly. I think buying tailoring like this has been really popular with men in the past, but my goodness – that is changing!”. 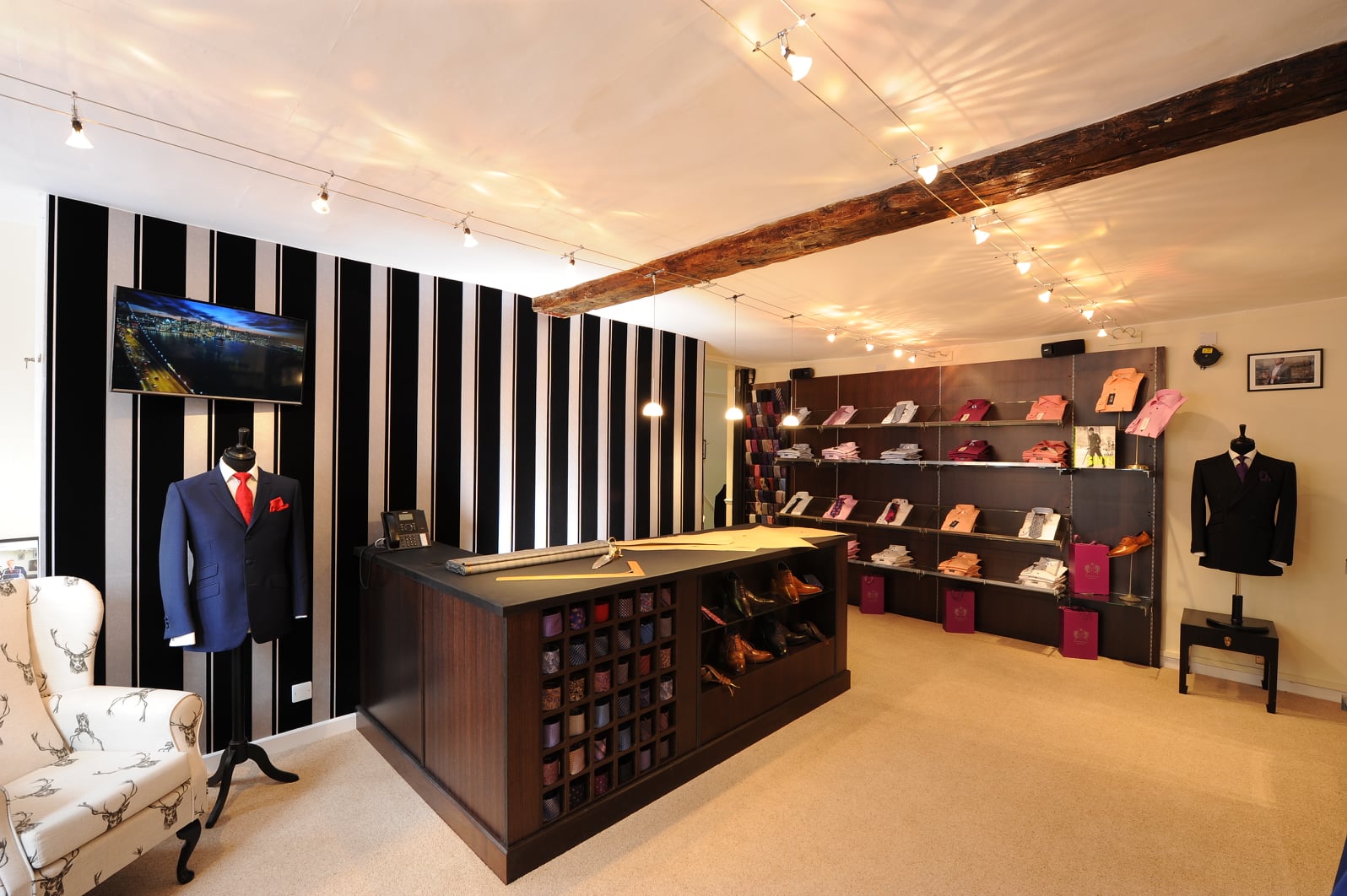 Souster & Hicks is a family business established in 1978 by the husband-and-wife team, Geoff and Laura Souster, based in a stunning Georgian building located in the beautiful village of Woburn in Bedfordshire. Geoff and Laura’s eldest son Scott joined the company back in 1999 and his younger son, Wes joined in 2003. Both Scott and Wes are fully trained in the art of bespoke cutting and tailoring and will continue the future of the Souster name within the tailoring world. Scott’s wife Natalie joined the company 7 years ago to help Laura with the ladies tailoring and look after the general running of the business.

Geoff has a career spanning over 53 years, hand cutting more than 30,000 bespoke suits. Geoff was elected as the youngest ever National President of the Federation of Merchant Tailors in 1988, and also works as a consultant helping to set up and improve the patterns created for made to measure manufacturers. Souster & Hicks create bespoke tailor-made suits, cut and fitted on the premises and tailored to the same high standards as the world-renowned Savile Row tailors. 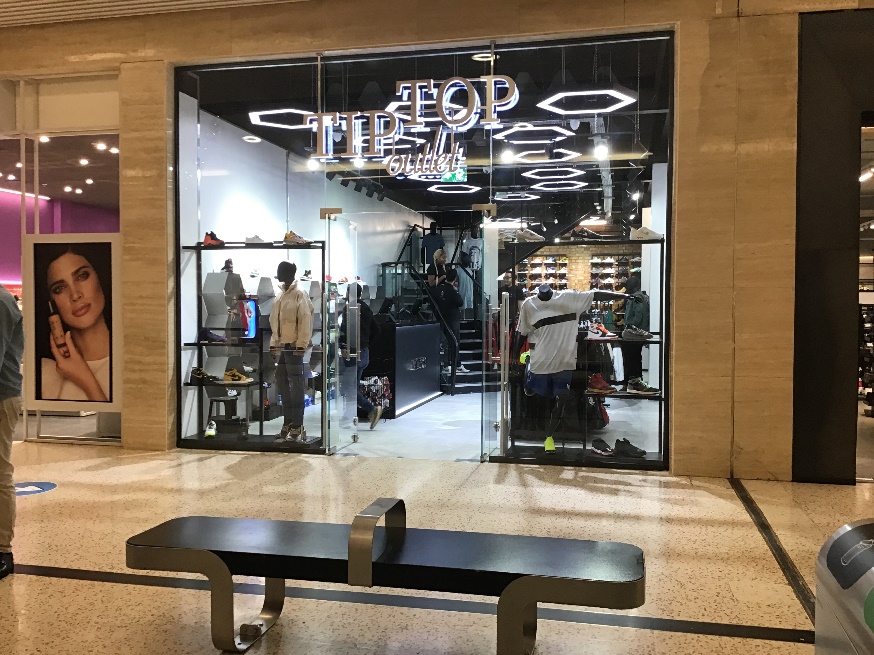 The Mall Luton has today welcomed new store TipTop Outlet to the centre, with the retailer opening its doors to eager customers looking for premium brands at affordable prices.

The store, which covers two floors, is home to an iconic line-up of brands including Nike, Adidas, Reebok and Timberland. More affordable ranges can be found on the first floor, which is accessible via staircase or lift.

Shoppers will be able to browse a huge range of shoes, clothes, and accessories, with a fantastic mix of sought-after, limited-edition lines not readily available in other stores, and great value bargains. Items such as the Nike Jordan Limited Edition trainers that usually are not available within stores in the UK will be one of the first of a selection of unique offers at the store. 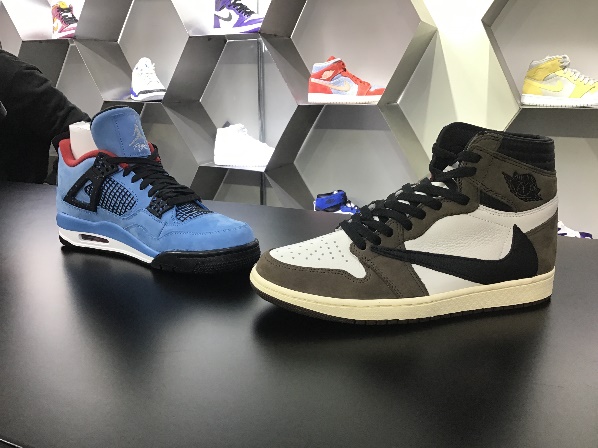 Manager of TipTop Outlet, Mutaz Alhejoj, said, “We are excited to unveil the store after working hard to get it ready over the past couple of months. Tiptop is a great place to find your next pair of favourite trainers but also to browse through our collections of branded clothes and accessories. Exclusively for the opening, we have secured many pairs of the Nike Jordan Limited Edition released in 2021. We look forward to welcoming shoppers to our store!”

The opening of TipTop comes in the same week as the newly extended Primark store fully opens at The Mall, bringing an even bigger and better range of fashion and homeware to the centre. The 10,000sqft extension into an adjacent unit sees the retail giant increasing its presence in Luton and offering a wider choice of products to shoppers.

Roy Greening, General Manager, commented: “We are delighted to welcome Tiptop Outlet to The Mall. Their unique and exciting offer is a fantastic addition to our already impressive line-up here at the centre.

Roy continued, “With the opening of the extended Primark store this week, and the opening of TipTop, all just in time for the festive season, we hope shoppers will love discovering the new lines and brands now available here”.

TipTop can be found opposite H&M in The Mall. Shoppers can access the bigger and improved Primark store through an enlarged entrance within the Mall as well as via George Street.