If I guy has longish hair and a beard, I find it hard to say no. Wherever I turn it seems, I see men embracing the man bun, a nicely groomed beard or old school twirled mustache. Growing up in a small country town in Australia, men either were clean shaven, had a goatie, or a basic beard, they were simple, no one said they were in fashion or were hipsters because of the facial hair they sported, they were just men that liked their facial hair, nothing more.

I think my lust of a guy with facial hair and long hair stemmed from the one and only Kurt Cobain, now I was only 5 when he passed away so I didn’t get to appreciate him in his prime years, but I remember as a teenage thinking I as rebellious listening to my eldest sisters Nirvana CDs and daydreaming about this scruffy looking blonde haired man, and so my obsession began. 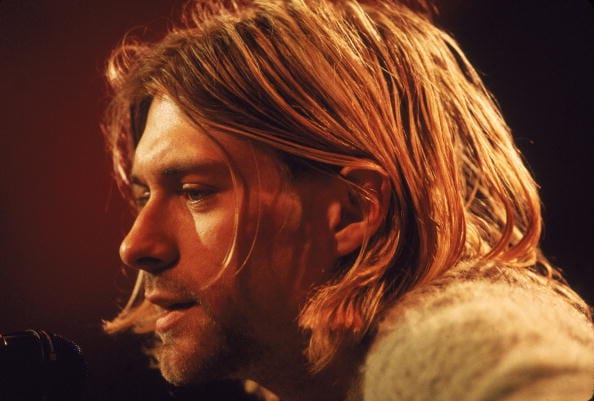 This is where it all began, as a teenager, Kurt’s messy long hair and 4 day growth was all I daydreamed about.

Although I still enjoy a man with long hair and a bit of facial hair, men in and around London have started to embrace the man bun. I remember when I first saw this trend appearing on the street, catwalks and on the tube and thinking how come guys can get their buns so much nicer than mine, jealous set in, and then lust.  I have to say after seeing Jared Leto sporting both the man bun and a nicely groomed beard, he has set the bar HIGH for all you men. I definitely think the topknot is here to stay, even the undercut is making it’s move back into street style, with a lot of men keeping their sides cleanly shaven, but growing out the top of their hair, I love it! 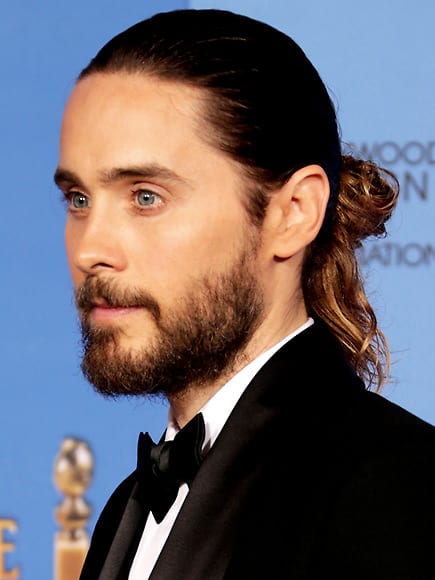 The perfect combination, Jared Leto with a man bun and a nicely trimmed beard

One facial hair movement I am not 100 per cent sold on, is the return of the perfectly styled moustache, or so GQ calls this particular moustache, The Lady Tickler. While working in Brick Lane on the weekends, I have noticed a lot of men embracing the moustache, I take my hat off to them for the effort that goes into tweaking the ends of the hair, to get that perfect curl, but for now, I’ll stick to men with beards and buns. 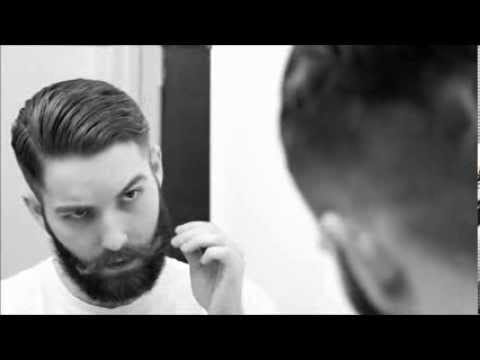 Moustache Tweaking, these men have dedication.

My love of men with long hair and facial hair may have started with Kurt Cobain, but it has stopped along the way appreciating the likes of Jared Leto, Matt Corby and Angus Stone, keep on embracing the beards boys!

Tips For Cleaning Your Make-Up Brushes

Harpenden based Twist Teas have announced their “Brew for a Hero” campaign is back! Launched to support and boost morale for NHS staff and key workers, the Brew for a Hero” campaign gives people a chance to show their appreciation for all the heroes from all walks of life during the current pandemic. This could be anyone – local postal workers, refuse collectors and cleaners, emergency services and health care staff, teachers and chefs, community groups and volunteers.

You can participate in the “Brew for a Hero” by nominating a NHS or key workers hero you know. Nominate your hero and give them a chance to win one of Twist Teas Rainbow inspired tea caddies. If you know a key worker, that you would like to surprise with a personalised Rainbow Caddy of tea, simply email your nominations to hello@twist-teas.co.uk. Please include a brief reason, as to why they deserve a little treat. Twist Teas will again be tasked with the difficult job of picking winners, to be announced on the 31st of January.

Twist Teas will also be making caddies available to purchase via their website with profits going to NHS Charities. More information about Twist Teas can be found in our interview with founders, mother and daughter duo Nicky Kavanaugh & Claire Ayers.

Watford BID have launched a video highlighting the reasons why they believe they deserve a second 5-year term. Many residents in Watford are aware of Watford BID but not many understand exactly what they do and more importantly, how integral their work is to the success of Watford.

What is a BID and why are they so important?

Essentially, a BID (Business Improvement District) is a business-led and business funded body formed to improve a specific area in which a levy is charged on all business rate payers. This levy is used to develop projects and provide services which benefit businesses in the local area. This can include:

There is no limit on what projects or services that can be provided through a Business Improvement District. Some BIDS are more effective at certain tasks than others for a number of reasons but overall, the benefits BIDs offer to the various towns across Beds, Bucks & Herts is immeasurable.

Three reasons for Watford BID to get renewed

We have selected what we believe are the three main reasons why Watford BID should get renewed.

At a time when the Government don’t know if they are coming or going, having a central point for all information relating to Watford offers residents, visitors and business owners a much-needed level of clarity. Social distancing procedures and safety communication both need harmonisation to keep Watford Town safe.

Watford BID have been extremely informative on Social Media and in the district sharing key information such as this statement on the national lockdown from the Mayor of Watford.

2. Watford Restaurants & Bars will need support after the lockdowns end

Promoting Watford’s entertainment venues post-covid is going to need a lot of collaborative support post covid. Individual businesses taking to to social media to posts and update Facebook is not going to tempt the same numbers back to the district’s nightlife venues.

By having one organisation working alongside all the venues to promote Watford as an entertainment destination, visitors will hear one concise message that Watford is open for business.

3. Think of the benefits for residents and visitors

There have been calls for BIDs across The Three Counties to do more by some levy payers but in fairness, the amount of work involved in some of the projects is not to be underestimated such as launching The Watford Gift Card.

It is also important to understand that alongside promoting what’s on in Watford and things to do in Watford, the organisation is a key source for useful information for those living in and visiting Watford.